The retailer has assessed its supplying farm and is restocking rockmelon, causing uptake for export to New Zealand 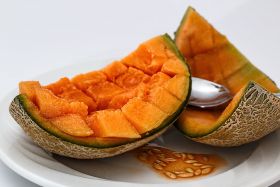 Queensland-based rockmelon farm, The Sweet Life Farms Australia, will have its products reappearing on selected shelves in Australia’s largest retailer this week.

The company that is supplying the retailer said the farm had undergone extensive testing and were cleared without a hitch.

“We’ve been in melons thirty years as a wholesaler and been farming from Darwin for ten years without a problem. The Queensland farm has been going for three years and they’ve never had a problem either,” the company’s director told Asiafruit last Friday.

“We’re just walking over rockmelons at the moment,” they said.

A 90 per cent drop in sales has occurred after a string of deaths and illness that resulted from listeria-contaminated fruit grown at Rombola Farms in New South Wales.

“From our point of view, it’s a serious financial issue. But on the other hand, how can we compare to the lives that have been lost? Whether we get past this as a farm or a business is completely different to those who have lost unborn children or loved ones,” said the director.

On the back of being accepted for retail sales domestically, the company has also had an export order from New Zealand.

After a brief period where trade barriers were closed for the export of rockmelon to certain countries, uptake has been next to nothing.

“I think everybody is very concerned not knowing where it’s going to end. No doubt that farm stopped production at the end of February but probably because of the failures in the industry there hasn’t been a whole lot of communication going to the importers and now we have this knee jerk reaction to halt all products from Australia.”

The company hopes that after consumer confidence is lifted in Australia, international markets will follow.