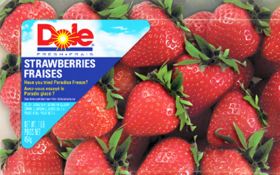 Total Produce and Dole have announced plans to merge, a deal that will create the world’s largest fresh produce company with estimated combined revenue of approximately US$9.7bn.

Irish multinational Total Produce, which acquired a 45 per cent stake in the US fresh produce giant Dole in July 2018, will assume the Dole name once the merger is completed. The new company will be listed in the US, but its global headquarters will be in Dublin. Its headquarters for the Americas will be in Charlotte, North Carolina.

As a result, the group stands to benefit from a simplified ownership structure, full operational integration, and various advantages and economies associated with running an enlarged business.

Commenting on the announcement, Total Produce chairman Carl McCann said: “I am delighted with this transaction, which combines two highly complementary premium businesses to create the global leader in fresh produce. I am confident the combined business will open new avenues of value creation for shareholders and pursue innovation in healthy nutrition for our customers worldwide.”

He added that it was also an “exciting next step” for Dole. “The combined company will become the largest global player with over 170 years of history in fresh produce in both companies, a highly diversified portfolio, resilient earnings and a strong balance sheet that positions us well for accelerated growth,” he said. “We look forward to beginning this next chapter and providing increased opportunity for our shareholders, dedicated employees, customers, suppliers and partners.”

The savings involved are likely to be considerable for two companies that made pre-tax profits of approximately US$379m in 2020, and which have total combined assets worth around US$4.5bn.

In a statement, they said the transaction could generate “significant EBITDA synergies” of between US$30m and US$40m in the medium term from what they described as “revenue expansion and cost optimisation” across products, regions, sourcing and supply chains.

Assuming the deal goes through, Dole will complete an initial public offering and a listing on a major US stock exchange. Its target is to raise between US$500m and US$700m in primary equity capital.

The new Dole will also step up its development of high-growth products like avocados and berries, as well as organic produce.

At the same time, the strength of the Dole brand in more established categories like bananas, pineapples and fresh vegetables, should not be underestimated. It is understood that the Dole label will be promoted alongside some of Total Produce’s own brands.

On the ground too, there will be opportunities for more effective collaboration between different parts of the business – for example, by using existing infrastructure and distribution networks in the key markets of North America and Europe, and by coordinating their transport and logistics more closely.

By working together more in regions such as the UK, France and Spain, Dole and Total Produce divisions will be able to increase their sales further, the group said.

They will also collaborate more when sourcing from key production regions like Chile and South Africa.