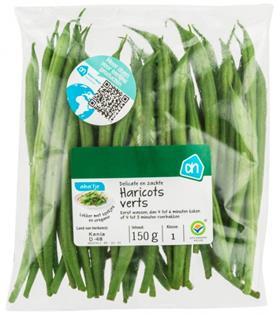 Dutch supermarket chain Albert Heijn has decided to remove much of the plastic packaging it currently uses on a range of fresh vegetables, Eurofruit understands.

From this week, the retailer will sell items including carrots, turnips, cabbage and runner beans loose only, while also removing the plastic from certain locally sourced lines including cucumbers when they are in season.

When imported from other countries, however, items such as cucumbers will remain in plastic wrap.

“For customers, packaging sometimes seems unnecessary and environmentally unfriendly,” the group said in a press release. “But they are necessary for their preservation and transportation of products. Good packaging also reduces wastage. We look at all packaging and the overall impact on the environment from raw material to waste.”

The company confirmed it had reduced a large amount of excess plastic, paper and metal from its product range.

“Take our green beans,” it added. “Previously, [we had] layers of cellophane and a label on a plastic tray. Now we only use a pre-printed plastic bag. As a result, 75 per cent less plastic is needed.”

Sustainability continues to be of huge importance to a number of mainstream European retailers, including Albert Heijn and its parent company Royal Ahold.

Late last year, Albert Heijn announced it had begun selling less-than-perfect produce for the first time, bringing it up to speed with a trend already seen in the UK, France and the Netherlands itself.

According to the group, Dutch consumers have become increasingly willing to purchase fruit and vegetables that don't make the grade in terms of visual perfection but are just as tasty, nutritious and safe to eat.

European Vegetable Strategies 2015 takes place in Brussels on 6-7 May 2015. Pleaseclick here for more information and to register.