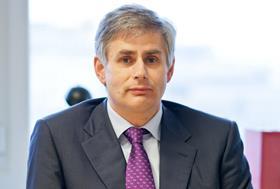 Philippe, what’s your immediate reaction to the results of the UK referendum on its membership of the EU?

Philippe Binard: The situation is very uncertain at the moment. Brexit will require a process that is likely to start soon but we don’t know how long it will take. In the meantime, the UK will remain in the EU – with all of the rights, benefits and obligations that this membership entails.

The main question is, what will the situation be afterwards? The UK will become [in trade terms] a third country, but it’s not yet clear what kind of third country. Norway and Switzerland are third countries but they have to pay duties in order to export their products and services.

What is clear is that today, tomorrow and in the weeks to come, EU legislation will continue to apply. The ideal outcome would be a free trade zone with the UK inside.

Do you think that’s a realistic outcome?

PB: A big challenge for the UK is that it will have to negotiate as a country with all of the other countries which benefit from free trade access by virtue of their relationship with the EU.

Take Chile, for example: to import fruit and vegetables from Chile free of any duty will require a renegotiation, because the default under WTO rules is that the tariff applies. The same will apply to European produce, such as Spanish oranges or Dutch tomatoes.

Each of these agreements will require a long negotiation and take years and years. We talk about fruit, but there are lots of other industries like electronics or services – that will lose the benefit of EU-wide policies.

Rules made in the WTO to establish preferential treatment are very complex and they have to be agreed one by one. Perhaps rules can be established more quickly with some Commonwealth countries, but that’s just speculation on my part.

There’s a lot of uncertainty and that’s something business doesn’t like, so the quicker the better.

Freshfel Europe is an organisation with some of the leading UK fresh produce businesses among its membership. What are you going to be doing as a group to manage all of the necessary changes that will be required as part of Brexit?

PB: As an organisation we will help UK companies who are members of Freshfel to acclimatise to the changes coming their way. We do have non-EU members from Norway and Switzerland and we expect that the UK produce business will continue to be very interconnected with Europe. We don’t think that will change.

What will happen though is there’s a very strong chance that those UK organisations will become bystanders. In all probability the UK will still have to follow the rules to trade in the market, but they won’t have a say in what goes on. Norway and Switzerland are observers but cannot vote on the rules by which they abide.

The other concern we have going forward is whether or not the UK is working with us to deal with wider trade issues and matters like climate change, a challenge which affects everyone.