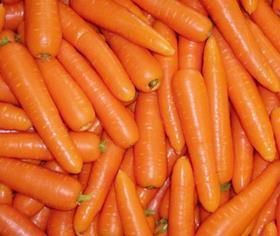 French households bought an average of just over 11 kilograms of fresh carrots in 2012, according to a study by the Centre Technique Interprofessionnel des Fruits et Légumes (CTIFL), with shoppers forking out around €1 per kilo for the vegetable, €0.90 for prepacked and €1.25 for loose.

Foodservice purchases of carrots stood at just over 31,000 tonnes in 2011, valued at nearly €20m. Bought according to price rather than quality, fresh carrots are frequently absent from school canteens, the report found, possibly due to the increasingly widespread lack of prepping facilities or the staff numbers to complete the work.