Big drops expected in red, Golden and Granny apples and Ercollini and Limonera pears due to spring frosts

Catalonia’s 2022 apple and pear harvest will be the smallest in five years following this year’s unusually cold spring, according to the latest forecasts released on Friday by Afrucat. 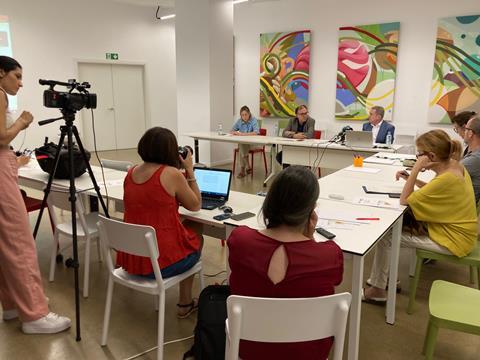 The figures, presented Afrucat president Montse Baró and Joan Serentill who oversees Afrucat’s Apple and Pear Committee, point to a drop of 23 per cent in apple production, giving a crop of 229,400 tonnes. Pear production is down 24 per on 2021, with the crop expected to weigh in at 101,100 tonnes.

Afrucat said a slight delay of between three and seven days is expected with regard to harvesting.

The quality of the crop is reportedly good, although sizes are somewhat smaller than in previous campaigns. The exception in in apples from Girona, where calibres are in the normal to large range.

Afrucat said it expects prices to be very similar to last year, with the fall in production in Catalonia being offset by bigger crops in other European countries.

Both Baró y Serentill wanted to send a reassuring message to retailers, noting that “while the crop is smaller, we can assure that our national customers will be supplied with the quality and volumes that they expect from us”.