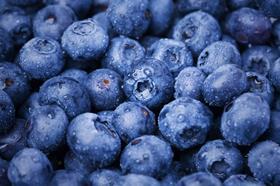 Argentina’s blueberry industry faces a challenging 2019 campaign, as producers warn that exports will be lucky to reach 12,000 tonnes, well below the 15,500 tonnes shipped during the 2018 season.

Adolfo Storni, president of Extraberries and treasurer of the Argentine Blueberry Committee (ABC), said uncertainty within the sector is rife as producers prepare for the new season to get underway in September.

Speaking to Campo Litoral, Storni warned that rising production costs had left many growers unable to make the necessary investments in things such as pruning, while strengthening competition from Peru was making the export landscape increasingly challenging for Argentine companies.

“We are in a difficult business environment, but we are all trying to get to the season with the best quality fruit we can in order to compete with a demanding market,” he said.

Storni warned that producers are becoming increasingly discouraged with the situation, and that the government was doing little to alleviate the situation. He called for more action to secure new trade deals, noting that the recently-signed EU-Mercosur accord would boost the competitiveness of Argentine blueberries on the European market.

This production rise had a significant impact on prices, which were down on 2017/18 levels in both Europe and the US.

The ABC claimed there was scope for more collaboration between Latin American suppliers to head off the growing competition from Peru.

“The changes that we’ve seen in the blueberry sector are forcing a rethink of the business, particularly traditional suppliers such as Chile, Argentina and Uruguay,” the committee said.

“In order to effect positive change, Argentine producers should act together, possibly even with their counterparts in Chile and Uruguay.”