Costa Rica closes in on footprint 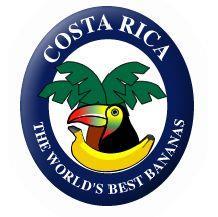 Costa Rica’s banana industry expects to have calculated its carbon footprint in 18-24 months’ time as part of its efforts to become carbon neutral by 2012, according to a local news report.

The sector is currently working with the national meteorological institute and the University of Costa Rica to research its carbon usage and output, Jorge Sauma, chief executive of the national banana corporation Corbana, told Inside Costa Rica.com.

“In 18 months to two years we hope to have completed that part of our work and to have measured the overall level of our carbon footprint and other greenhouse gases produced by the industry and identified ways to reduce them,” Mr Sauma commented.

Mr Sauma said that research carried out to date has found that banana plants in Costa Rica intake more than 25 tonnes of carbon per hectare a year, adding that the industry must now calculate what happens in the rest of the chain with transport and so on.