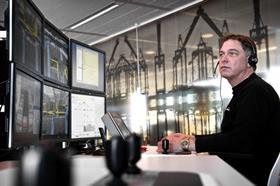 A leading reefer logistics expert working closely with a number of different fresh fruit exporters in Latin America told Fruitnet: 'Right now [we] have confirmation that bookings cannot be made in Colombia, Venezuela, Chile and Peru. I am sure the list is much longer.'

'I was at the headquarters when the attack took place. Within an hour everything was flat,” one Dutch employee was reported as telling the Algemeen Dagblad newspaper. “Apart from Europe, they are in Asia and North and South America.”