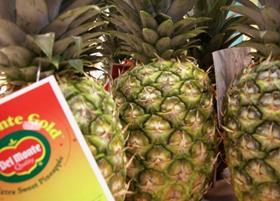 Fresh Del Monte Produce is celebrating the 50th anniversary of Earth Day by drawing inspiration from its own history of conservation efforts, highlighting significant moments in reforestation and the protection of wildlife.

Currently, the company manages over 10,000ha of protected forests and has donated over 700,000 trees to the regions where it operates, including Costa Rica, Guatemala, Kenya and the Philippines.

Through these programs, Del Monte said, has also been able to increase the protection of wildlife, preservation of watersheds and sequestration of greenhouse gases.

In Costa Rica alone, Del Monte owns and conserves 9,400ha of forest, of which 3,000ha have been formally designated to protect wildlife and are home to a 'rich and diverse set of plants and animals, including vulnerable and endangered species'.

“Now more than ever, we need to understand the responsibility we have as corporate citizens,” said Hans Sauter, chief sustainability officer for Fresh Del Monte Produce. “The work we employ around our conservation efforts is not one that we take lightly.

'If we want to 'Build A Better World Tomorrow', we must continuously improve upon our sustainability initiatives and commit to protecting our planet,' Sauter added.

Today, 74 per cent of all pineapples grown by the company and sold in North American and Europe are from their Carbon Neutral farms.