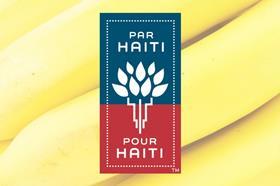 Agri-Success, a majority-owned Haitian subsidiary of Florida-based Haiti Originale, said it planned to develop 'sustainable and globally competitive' high-quality banana production in Haiti, which over the past half century has seen its once thriving banana industry stagnate and decline.

'The ultimate goal is to develop a large-scale banana operation that will serve as a foundation for the sector and one that also supports independent growers,' the company said in a statement, adding that the project's overall aim was to establish long-term sources of revenue, as well as pride, based on new private-sector sources of production.

Given Haiti's potential, he said, the banana programme was likely to be 'the first of many' and would ultimately serve as a model for other agricultural sectors.

'Through this collaborative process, we will demonstrate the potential of the country to compete at a level of quality and on a scale that will attract private investors, minimise current banana import levels in Haiti and create vitally needed export earnings.'

'We recognise that the success of this programme will have a major positive impact on the lives of thousands of farming families as well as consumers, which fits with Dole's philosophy of sustainable agriculture for producers, workers and consumers,' he noted.