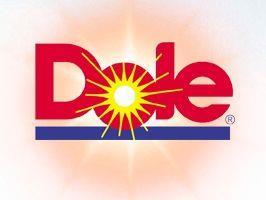 Fresh produce multinational Dole Food Company's European arm has released a statement exclusively to Fruitnet.com, responding to allegations made in a report by Consumers International (CI) and a documentary by Guardian Films in conjunction with CI, related to intensive tropical fruit production in Costa Rica.

Dole told Fruitnet.com that it would like to clarify and correct some of the information released in the report:

'Last June a fire broke out at one of Dole's airports, not a 'chemical dump' in Costa Rica. This was an unexpected accident and all emergency efforts were coordinated with the Fire Department to minimise risk to neighbours and avoid runoff from the site. Under normal operations the airport installations are equipped with a completely closed system whereby no waste or wash water is released to the environment; it is always re-used. As stated in the article, Dole is cooperating with the authorities investigating the accident.'

'One pineapple producer (Grupo Acón) is presented as a Dole pineapple supplier. As reported to the journalist, Grupo Acón does not supply pineapples to Dole in Costa Rica, which hasn't purchased pineapple from this company since 31 December 2008. The decision to end the supply arrangement with Grupo Acón was mutual, and based on general market supply and demand considerations, not due to environmental or social issues.'

'The journalist is also referring to a former Dole worker being 'one of the many chemical sprayers made sterile by the notorious pesticide DBCP when he worked on Dole banana plantation.'

'We invite you to read the latest information regarding the DBCP lawsuit status on our website, Dole.com, under 'Company Information/News Center/DBCP Facts'.

Use of Crop Protection Products

'The journalist is saying that 'the chemicals involved are legal in Costa Rica but include some of the most controversial in the world'.

'Dole uses crop protection products only when and where necessary, and always with the proper care and in accordance with applicable laws. Dole will not use, anywhere, any product banned for reasons of unacceptable health or environmental risk by the United States Environmental Protection Agency or by the European Union.'

'The journalist is saying that 'some of the plantations have used paraquat'.

'In 2008, Dole was among the first pineapple companies to discontinue both the use of paraquat and fire burning of crop residues in its agricultural operations worldwide, both in company-owned farms and in those farms owned by contract growers who receive technical support from Dole, regardless of the type of agricultural product. In contrast with Dole's operations, these practices are still widely used in the pineapple industry.'

'In our pineapple plantations in Costa Rica, our environmental and good agricultural practices are certified according to GlobalGAP, ISO 14001 and, in three of our four company-owned farms, Rainforest Alliance. Furthermore, Dole has been in the vanguard in investing in organic agriculture. Today, Dole in Costa Rica has dedicated 150ha to organic pineapple production and also sources organic pineapples from an independent producer.'

'Dole has long been active in protecting soils and water. For detailed information regarding our practices related to pineapple production in Costa Rica, feel free to contact us. Combined, all these programmes not only limit soil erosion, but they also reduce the use of herbicides, fertilisers and other agro-chemicals and contribute to protect groundwater.

'In the past two years, Dole undertook seminars for the Costa Rican pineapple industry in order to extend best-practices related to soil and water conservation. This was done along with CANAPEP, the Costa Rican Chamber of Pineapple Producers and Exporters, with which we organised seven industry seminars focusing on soil conservation practices and six seminars on soil and water conservation in some communities adjacent to pineapple farms. Dole soil scientists review the soil conservation programmes in company-owned farms as well as for Dole independent growers.'

'The journalist is saying that 'biodiversity is eliminated'.

'You will find in Appendix 1* (see below) a recent press release announcing that 'local scientists found several endangered species in one of our Costa Rican pineapple farm's reserve'.'

'In terms of labour conditions, Dole is still the only+ pineapple company in Costa Rica certified to SA 8000, the international standard on working conditions and human rights. SA 8000 is an internationally recognised standard based on the ILO conventions, the United Nations' Universal Declaration of Human Rights and the Convention on Rights of the Child. It focuses on child labour, forced labour, health and safety, freedom of association and the right to collective bargaining, discrimination, disciplinary practices, working hours, compensation and the implementation of an efficient management system. You will find below a few examples of how SA 8000 applies to pineapple production in Costa Rica.

'SA 8000 also requires the implementation of a management system verifying, through regular internal and external audits, that our independent growers also comply with the provisions of the standards. A company certified to SA 8000 must maintain documentation on labour issues. This documentation is thus reviewed by the auditors and field visits. Interviews with workers both on the farm and outside of the farm are also carried out.

'In accordance with the SA 8000 requirements, working hours do not exceed 48 hours per week, on a regular basis. Overtime does not exceed 12 hours a week. Overtime is voluntary.'

'Our wages also comply with corresponding SA 8000 requirements, i.e., we pay well more than the legal minimum wage and comply with SA 8000's concept of a 'living wage'. In addition, the company contributes an additional substantial percentage of worker wages to the social security system. Some workers also receive free housing paid by the company, in addition to other services.'

In terms of making sure that there is no discrimination at the workplace, SA 8000 auditors check that the Company complies with the following criteria (amongst others): 'The Company shall not engage in or support discrimination in hiring, remuneration, access to training, promotion, termination or retirement based on race, caste, national origin, religion, disability, gender, sexual orientation, union membership, political affiliation or age.'

'In addition, a Dole-independent producer has its production Fairtrade-certified.

'Dole's Corporate Responsibility and Sustainability policy and working practices recognise the neighbours of our operations and communities wherever the company operates. We work to achieve harmonious relationships with those around us. In addition to the year-round, steady employment we generate in our farms and pack-houses, we are active in sports, medical, infrastructure, environmental and educational activities in the areas we operate. We are also proud of having pioneered the involvement of women employees in several farm agricultural activities. For example, the all-woman harvesting crew in El Muelle consistently ranks as one of the most productive and efficient crews on the farm.'

+ A Dole pineapple producer also has its own SA 8000 certification