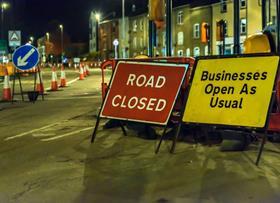 Freshfel Europe has called on EU and UK negotiators not to let the fresh fruit and vegetables sector down and to allow businesses to recover after Covid-19, before major changes are implemented for operators in EU-UK trade.

According to the association, this can only be secured by genuine technical progress in negotiations, leaving aside what Freshfel described as ‘political posturing’.

In addition, Fresfel noted, a commitment was needed from both sides to clarify ‘no deal’ trading conditions and temporary arrangements similar to those announced in 2019 by the end of summer at the latest, in order to ensure some certainty for businesses in case they have to face a worst case scenario.

Freshfel Europe supported the commitment of both EU and UK negotiators to continue negotiations towards a new ambitious partnership despite the challenging context of Covid-19 and to intensify talks in the coming months to ratify an agreement before the end of 2020.

However, the sector remains deeply concerned about the limited amount of time left to reach a balanced EU-UK agreement to secure the continuation of long-established trade flows between the two blocs.

'As 1 January 2021 draws nearer, the long-feared ‘no deal’ scenario is looming,' Freshfel stated. 'As a major threat itself to the European fresh produce sector, further coupled with the Covid-19 pandemic, it will amount to a perfect storm, which the sector may not be able to weather.

'Securing a continuous supply fresh fruit and vegetables to European citizens during the Covid-19 pandemic has not only been challenging but highly costly for the fresh produce sector,' the association continued. 'At the end of this year many operators will already be in a highly fragile financial situation and will be unable to carry further costs increases as a result of a second dramatic change in operations in less than 12 months.

'The recently announced UK Global Tariff (from 1 January 2021) will already affect some major agriculture products. Moreover, with the Covid-19 pandemic occupying the sector’s resources there will be extremely limited capacity to prepare for the new ‘hard’ Brexit conditions and procedures, especially if they are left open until the end of negotiations as historically commonplace.'

Freshfel Europe urged EU and UK negotiators to focus on finding feasible technical solutions to prevent a ‘cliff-edge’ scenario at all costs in order to avoid extra administrative burdens and checks.

Without an extension of the transition period, Freshel said this could be achieved by implementing temporary arrangements for trade facilitation on both sides, such as the ‘preparedness’ measures, which were planned for a ‘no deal scenario’ in 2019.

This would secure some business continuity while operators recover from the pandemic impact.

'The announcement by the UK on 12 June of a ‘staged approach’ to the re-introduction of border controls for EU imports in 2021 does bring more clarity, but there is an urgent need for more action from both sides,' Freshfel said. 'The EU and UK’s approach to trading conditions on day one of a ‘no deal’ scenario should be clearly communicated to all operators by the end of the summer at the latest. This is a basic need for business continuity and sustainability on both sides of the channel and should not be hostage to political discussions and trade-offs.'