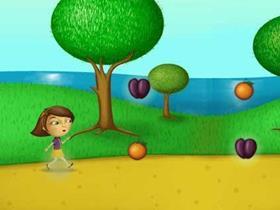 The European Commission has decided on the definitive allocation of EU aid to member countries under the School Fruit Scheme for the 2011/12 academic year.

A total of 24 out of the 27 EU member states have decided to participate in the scheme, which was launched in 2009 and is currently in its second year of implementation, in 2011/12, with only Finland, Sweden and the UK opting out.

Working documents seen by Fruitnet.com show that the three countries that have decided not to take up their allocation would in theory be entitled to at least €11.1m (UK), €1.4m (Sweden) and €901,000 (Finland) per annum were they to take part in the scheme.

Those figures are purely nominal allocations, however, calculated according to demographic surveys carried out on a three-year basis.

According to one industry insider, the UK's decision not to take up its allocation is based on the assumption that, when taking the country's current CAP rebate into account, it would end up losing money rather than gaining additional funds from the School Fruit Scheme.

The combined €13.5m not taken by the three nothern European countries has therefore been redistributed among the remaining 24 member states.

In another set of data passed to Fruitnet.com, it is evident that several countries – Germany, Spain, France, Austria and Ireland – will take less than their indicative allocation in 2011/12, while 11 member states – among them Italy, Hungary, Romania and Denmark – are set to receive a higher allocation than first proposed.

EU funding is given to individual members states on the condition that the sums allocated are matched by national or private contributions.

'The scheme is an important EU-wide initiative in efforts to encourage healthier eating habits amongst school children as they are more likely to become lifelong habits if developed at an early age,' said a spokesperson for the EC.

In the 2009/10 school year, a total of 4.7m children in participating member states benefited from the scheme by receiving portions of fruit and vegetables in the school, the spokesperson added.