Peach and nectarine consumption in the EU is expected to increase from 5.9kg per capita in 2021 to 6.1kg per capita this year, despite the fact that consumer purchasing power is lower this year. 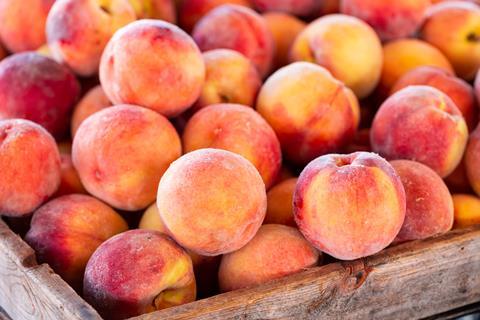 That is according to the European Commission’s Agricultural Market Outlook report for summer 2022, which has been analysed by Fepex.

The peach and nectarine consumption forecast supposes a small recovery, but the figure is still 5 per cent lower than the five-year average.

Year-on-year growth in consumption is being driven by increased production, good weather and the return of tourism, the EC said.

European production is set to grow overall due to rising volumes in France, Italy and Greece, but a sharp drop is expected in Spain – down 20 per cent – due to bad weather.

Total production of peaches and nectarines in the EU in 2022 should increase by 3 per cent to 3.4m tonnes, although this would be 9 per cent below the five-year average.

EU exports of peaches and nectarines will remain stable at around 140,000 tonnes (up 2 per cent year-on-year), the report noted.

The current difficulties in exporting to eastern Europe, markets such as Belarus and Ukraine, will have a negative impact on sales, the report suggested.

EU imports of peaches and nectarines from third countries will continue to increase and are expected to grow by 11 per cent, coming in at 47,000 tonnes in 2022.