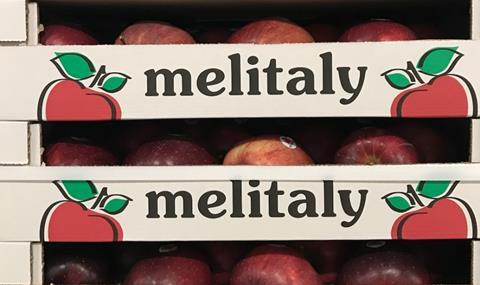 Over the past few weeks, a sharp increase in demand for fresh apples across much of Europe in the wake of the coronavirus outbreak has left Italy's stocks almost 20 per cent lower than they were at the same stage in previous seasons.

Industry body Assomela confirmed the impact of the coronavirus pandemic, which reportedly saw a major spike in consumer demand for long-storing fruit and vegetables over the past few weeks.

'As mentioned at the outset, the uncertainty that characterised consumer purchasing first in Italy and then in the rest of Europe due to coronavirus has certainly affected the sustained pace of sales, at least in the first two weeks of March,' the group said in a statement.

'At the moment, the level of sales is certainly sustained, but gradually returning to normal, which makes it possible to guarantee supply up to the start of the new season.'

Challenges created by the outbreak in Europe's fresh produce transport network also appear to be easing. 'In Europe, the initial logistical problems seem to be overcome,' Assomela added. 'Some residual problems remain for other destinations outside the EU, meanwhile, but a gradual adaptation to restrictive measures imposed by the authorities means those problems are steadily being resolved.'

In the end, Italy sold more than 224,000 tonnes of apples during March, which meant the volume left in storage by the start of April was 556,714 tonnes – 18 per cent lower than the average for the previous seasons.

That average did not include the figure for 2018, when Italy's crop was drastically reduced by a spring frost earlier in the year.

Sales of all varieties were strong over the past month, Assomela noted. 'For Golden, which recorded good sales in March, the stock of 314,000 tonnes is 18 per cent lower than the average of previous years. Gala sales in February were very consistent, exceeding 31,000 tonnes, and the situation was the same for Red Delicious, with 23 per cent less in stock.'

Sales of Granny Smith were also strong, leaving stocks at just over 27,000 tonnes, their lowest ever volume, by 1 April. 'The Fuji variety also performed well, with stocks of less than 40,000 tonnes,' it said, adding that sales of all other apple types, including club varieties, were going according to plan.

'At the moment, therefore, we can confirm good prospects for a positive continuation of the season, both in terms of sales and prices.'

In the meantime, producers are facing up to the increasingly challenging task of finding enough seasonal workers for next season's key jobs, like thinning and harvesting.

'Although, compared to other crops, the peak demand for manpower in the apple sector is expected in a few months,' Assomela commented, 'it is essential now to request and prepare the appropriate tools to encourage the hiring of workers for field operations.'