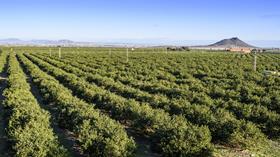 Global lemon production is on the rise. Figures from the World Citrus Organisation show that total volume reached 6.468m tonnes in 2020, a significant increase on the average for the 2010-2018 period of 5.7m tonnes.

“Exports soared as much as 33 per cent during March 2020 compared to the year earlier period.”

The organisation pointed out that there has been a marked increase in consignments of Turkish lemons destined for the EU being rejected for exceeding maximum pesticide residue limits. A record 18 batches have been rejected since last November.

“It should also be noted that last August the European Commission banned imports of lemons from Argentina until April after the discovery of several consignments with citrus black spot,” Ailimpo said.

“Europe is a world leader in terms of lemon production, with the maximum guarantees of food safety and traceability, complying with the high standards set by the European model and with the ultimate objective of offering consumers a healthy, nutritious food and quality.”