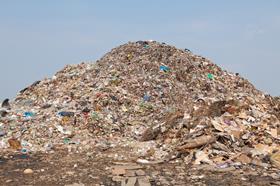 A new report has found 'landslide expert support' for compostable packaging. The report suggested its greater use would to reduce plastic contamination in organic waste streams, and increase the amount of food waste captured for recycling.

The report, produced by Ricardo Energy, quizzed experts across the UK, France, Germany, Italy and Spain.

Some 72 per cent of respondents stated that compostable packaging would help increase the amount of food waste captured and decrease plastic contamination.

The report also found that 82 per cent of respondents believe compostable materials would help to reduce plastic contamination across organic waste streams.

The findings come as the EU continues working towards a raft of plans designed to encourage organic recycling and promote the bio-based sector.

The EU is currently revising a Bioeconomy Action Plan, which will include recommendations to help meet the targets set out in the Waste Framework Directive (WFD).

WFD mandates that by 31 December 2023, bio-waste will be collected separately or recycled at source.

Targets set out in the WFD state that 65 per cent of municipal waste will be recycled by 2035, of which bio-waste including food waste is the largest single component.

Badly contaminated food waste is currently sent to landfill or incineration. In landfill it produces harmful gases including methane which is 84 times more potent than carbon dioxide, the report said.

However, when recycled, food waste can be used for positive purposes, including as a natural fertiliser.

Experts hav said the report reflected the need for increased uptake in compostable packaging if the EU is to reach these targets.

'Reducing plastic contamination in organic waste streams is something that the EU must be prioritising to reach its recycling targets and to decontaminate soils from plastics spread through composting and anaerobic digestion; as this report shows, new regulations and guidance are needed to support this across the continent.”