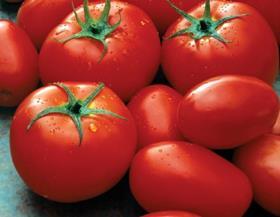 The Tomato Suspension Agreement proposed by the US Department of Commerce in July has deeply flawed provisions that infringe upon federal laws and are unlikely to survive antitrust and other legal actions that are sure to arise, according to the Fresh Produce Association of the Americas (FPAA).

However, the association’s president, Lance Jungmeyer, said an alternative proposal put forward by Mexican growers on 5 August identified a path forward that greatly reduces FPAA’s antitrust concerns and deserves full consideration by the US government.

“We have made two trips to Washington to meet with the Department of Commerce to explain how the Commerce proposal gives unfair advantage to one type of US seller of Mexican tomatoes over other US sellers of Mexican tomatoes, yet the unjustifiable provisions remain,” said Jungmeyer.

“The Commerce proposal would allow repackers to profiteer on the condition of Mexican tomatoes at destination. By contrast, the new Mexican proposal provides a clear path to remove defective tomatoes from the marketplace. This is a step in the right direction.”

In written submitted comments and in a recent meeting with Commerce, FPAA has stated that Commerce is going beyond its statutory authority, particularly with sales price adjustments for defective tomatoes.

It claimed Commerce’s proposal tramples on the rights of US buyers and sellers of Mexican tomatoes to claim damages for breach of contract, which are protected under U.S. law, including the Perishable Agricultural Commodities Act (PACA).

“When Congress passed PACA in 1937 and gave USDA jurisdiction to protect the rights of sellers and buyers of perishable agricultural commodities, it never imagined that another government agency like Commerce would decide that some American companies would get protections, while others would not,” Jungmeyer said, adding that this would be outside the scope of dumping law.

Addressing another provision, FPAA said it firmly believed a new suspension agreement must remove the mandate for USDA to inspect every imported lot of Mexican tomatoes, an action that the Mexican government has said would invite reciprocal inspections on US agricultural products.

Indeed, inspections of Mexican tomatoes would accomplish nothing because USDA records show that 99 per cent of tomatoes meet standards upon arrival at customers’ warehouses, the association said.

“The Florida Tomato Exchange (FTE) has told Commerce that the increased inspections would not impact the flow of trade, which is an assertion that is simply not true,” FPAA stated.

“It is merely a thinly veiled attempt by the FTE to erect a non-tariff trade barrier. The inspections would add more than US$270m in unnecessary costs.”

Jungmeyer added: “Many of our members are dismayed because they believe that Commerce has not verified the claims made by the FTE and are acting solely upon accusations that we know are untrue.

“Alternatively, it may be that Commerce has not understood our concerns, possibly because they have not closely examined the credibility of the unsubstantiated FTE claims.

“We are hopeful that a new agreement will not include provisions that add 100 per cent inspections or infringe upon PACA’s role in the marketplace. Our members have told us loud and clear about the antitrust concerns they see, and we hope Commerce will hear us. So far, our comments are being ignored.”