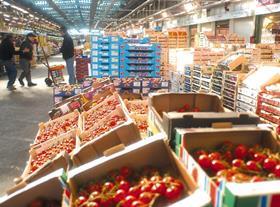 France is scrapping rail usage costs for freight trains until the end of this year and will halve them for the whole of 2021, according to a report from New Mobility News.

French Prime Minister Jean Castex revealed that the aim was to boost rail freight transport, with €35m available to help generate new projects for what he described as 'the reconquering of the railways'.

The decision was apparently made due to a lack of profitability and the termination of multiple customer contracts, in part due to prolonged strike action during the spring of 2018, with many companies reverting to trucks.

But Castex has announced that he wishes to revive rail links in order to remove 20,000 heavy goods vehicles from French roads in 2021 and cut CO2 emissions by at least 425,000 tonnes.

'The government intends to reopen and develop the highways of the railway network,” he explained, linking Paris with Perpignan in the south of France, before looking to extend rail connections to the port of Barcelona and eventually to the port of Antwerp in Belgium.