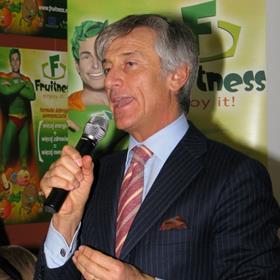 Mr Fruitness, the consumer marketing campaign backed by Italian fresh produce suppliers, the Italian government and the EU, has been given the go-ahead to continue at least until 2016 and is set to turn some of its attention to young adults.

The project, which will benefit from a total budget of €5.3m over the next three years, centres around the eponymous superhero and, until now, has focused on his attempts to encourage children in several European countries to consumer more fresh fruit and vegetables.

Organised by Italian agency CSO, the campaign is set to continue promoting fresh produce via a range of innovative communication formats, including social networks and multimedia, which have already made a combined total of 110m individiual contacts with potential consumers over two three-year periods.

CSO president Paolo Bruni welcomed the approval of a third budget for the cross-border campaign.

"First and foremost, I want to thank Minister Catania and the Italian Ministry of Agriculure, as well as the institutions that have again believed in the efforts we have made together during the past few years in order to present fruit to young European consumers as something fun rather than a chore or a medicine," he commented.

Over the next three years, CSO plans to introduce new promotional formats that will this time around be aimed at young adults and will encourage them to pay more attention to fruit consumption.

"According to recent estimates, in northern Europe they eat a lot less than 400g of fruit and vegetables per capita per day, which is below the amount recommended by the World Health Organization," Bruni added.

Activities to promote Mr Fruitness over the coming three-year period are set to take place in major cities in the UK, Germany, Poland, Denmark and Sweden, involving young consumers in fun initiatives designed to associate fruit consumption with sporting and social occasions.

The main products promoted will be pears, kiwifruit, peaches, nectarines and plums.