As Europe forecasts a recovery in apricot production following 2021’s widespread frosts, Spain is braced for sharp fall in output due to inclement weather in some of the country’s main production areas. 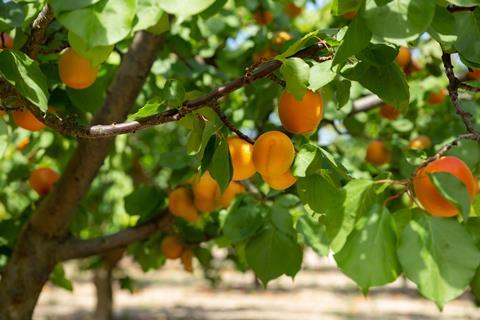 In Murcia, where around two-thirds of Spain’s apricot production is located, farmers in the Mula River and northwest regions have been forced to write off the entire season following a severe hailstorm on Monday which not only resulted in the loss of the fruit, but also caused widespread damage to trees.

The storms struck just as harvesting of early season varieties was due to get underway.

Antonio Moreno of agricultural union UPA told La Verdad that “practically 100 per cent of the crop has been destroyed, affecting millions of kilos of fruit”.

José Miguel Marín of agricultural organisation COAG said although it is too early to give an accurate assessment of the damage, “losses are in the millions, because the fruit and the trees themselves have been lost”.

Elsewhere, Catalan fruit association Afrucat said the region will lose 67 per cent of its apricot harvest compared to the 2021 campaign, while in Aragon the losses are running at 85 per cent, leaving a production volume of 2,970 tonnes and 2,988 tonnes respectively.

However, Afrucat said these figures do not take into account the impact of the most recent frosts, which in some areas has resulted in 100 per cent of the crop being damaged.