Irrigation project kicks off in Tunisia 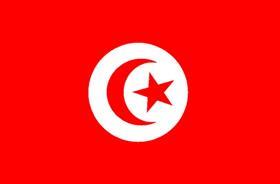 The Irrigated Agriculture Intensification Project in Tunisia, co-financed by the World Bank to the tune of US$140m, officially kicked off last week in Gammarth, a northern suburb of Tunis.

The project, costing a total of US$150m, aims to support Tunisia's efforts to develop irrigated agriculture, targeting the regions of Beja, Bizerte, Jendouba, Nabeul, Sfax and Siliana, according to a report from Agence Tunis Afrique Presse.

Its purpose is reportedly to improve the management of limited water resources and create economic opportunities, above all in underdeveloped areas, according to the World Bank. Activities will reportedly focus on the rehabilitation of irrigation systems to boost their reliability and efficiency.

According to the World Bank, these conditions are necessary for the development of a more productive agriculture sector, “generating higher incomes and offering better opportunities for various kinds of businesses and various population categories, including women and youths”.

The agricultural sector is responsible for 80 per cent of the total water consumed in the country, which is already threatened by water stress, with losses caused by the obsolescence of irrigation systems estimated at 40 per cent.

The project, which will be implemented by the Agriculture Ministry in cooperation with the Regional Authorities for Agricultural Development (CRDA), provides for the creation of a new entity to manage irrigation, improve efficiency and upgrade infrastructure.

The project also includes a subsidy programme to enable local farmers to invest in higher value-added activities and encourage investment in infrastructure including coldstores and packing facilities to boost the value of post-harvest production.

'Irrigated agriculture has been a strategic choice and a constant objective of Tunisian agricultural policy since independence, and this sector has been given priority in the country's economic and social development plans, since it accounts for an average of 37 per cent of investments in the agricultural sector,' said Samir Taieb, minister of agriculture, water resources and fisheries.

Taieb added that the irrigated area had increased from 50,000ha in the 1960s to 435,000ha today. Irrigated perimeters account for just 8 per cent of the agricultural area in use, he said, but they contribute 37 per cent to the value of national agricultural production and 20 per cent to agricultural exports, securing production, particularly during periods of drought.

“The reliability of irrigation will be synonymous with confidence among farmers, who will be encouraged to increase their plantations and invest in higher value-added crops,” the World Bank stated. “This project also aims to help farmers identify more profitable crops, to increase yields and facilitate their access to markets.”

In Tunisia, irrigated crops cover an area of 435.9m ha, accounting for 35 per cent of national production, according to statistics from the Agency for the Promotion of Agricultural Investment (APIA).