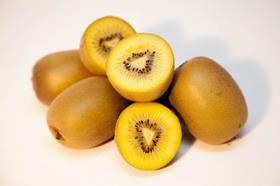 Several of Italy's leading kiwifruit suppliers are backing a new yellow-fleshed variety called Dorì and are targeting markets across the continent with what they predict will eventually be year-round supply from both hemispheres.

With at least 170ha expected to be in production in Italy this year, plus a growing volume of counter-seasonal supply out of the Southern Hemisphere, the companies have now formed a new commercial group called Consorzio Dorì Europe, led by Summerfruit managing director Giampaolo Dal Pane.

Here, Dal Pane talks about the consortium’s plans for growth, expansion and success over the coming months and years.

Can you give us a bit of background to the development of Dorì kiwifruit?

Giampaolo Dal Pane: The variety, AC1536, was created following a study lasting almost 15 years by Professor Guglielmo Costa of the University of Bologna and Guido Cipriani and Raffaele Testolin at the University of Udine. The birth of this new type of product is definitely a boost for the entire agribusiness sector and we are sure that within a few years it will be a premium product. Dorì is the only variety of yellow-fleshed kiwifruit for which the entire supply chain comes from Italy: breeder, patent holder, nursery and consortium.

The Consorzio Dorì Europe was established on 27 January 2016 by its founding partners – Summerfruit, Granfrutta Zani, KiwiUno, Fratelli Clementi and Summerkiwi France – to create a distinguished group that can produce, sell and publicise this new yellow kiwifruit variety in Italy, Europe and then the entire world. Bringing these large producers together allows them to confront the global market that yellow kiwifruit presents shoulder to shoulder. The idea of forming and putting together companies in both hemispheres that already have everything at their disposal to develop a variety is one that has taken shape with this consortium, which is aiming to spread Dorì throughout the world. But we have other news in the pipeline.

What are the Dorì consortium’s objectives?

GDP: The aim in terms of planting is for 1,000ha per hemisphere, but the speed with which producers are responding and the interest sustained by this product among some buyers makes us think that probably we will have to, and be able to, go beyond that. At present, we have gone above 120ha with grafting that’s already been done and plants that have been pre-ordered, so we can say that the growers’ response has been very positive considering that the project only started three months ago. We will close the year with at least 160-170ha of plantings of the new product in place.

What about outside of Italy?

GDP: The consortium includes among its founder members Summerkiwi France and other members from Spain and/or Portugal are going to join soon, because we believe that Dorì kiwifruit is a product that can satisfy consumers throughout Europe. Summerfruit is already present in the Southern Hemisphere, mainly in Chile where it has already planted around 70ha and a further 330ha are scheduled within two years. There’s also major interest among producers in New Zealand, but there it is impossible to get entry for a kiwifruit variety. 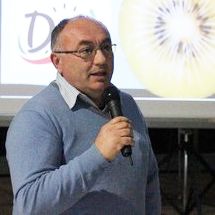 Just explain, if you will, the limitations it imposes?

GDP: There are many constraints imposed by New Zealand, a country that is home to a company which, thanks to local laws, can handle all of the kiwifruit produced there despite free trade agreements. When it comes to Actinidia deliciosa or chinensis, exports from the country are all under a single brand. You just cannot understand why in 2016 there is still no reciprocity and the EU, like other producing countries in the Southern Hemisphere, cannot develop their Actinidia varieties in New Zealand to then export them. Reciprocity should exist. Otherwise, the market is not free.

Following the recent commercial trials for Dorì that you’ve carried out, what is the outlook as far as marketing the variety on a larger scale? What strategies are you planning to adopt?

GDP: In 2016, we expect to produce around 120-150 tonnes, a figure we want to increase five-fold in 2017 and by twenty times in 2018. The new product has already been unofficially presented at Fruit Logistica in Berlin last February and attracted a lot of interest and success among foreign buyers. In September, the Dorì consortium will officially take part in Macfrut in Rimini, where we will present our marketing strategies.

How are you planning to approach the market? As individual companies or with a more united front?

GDP: At the start, marketing will be for individual companies to take care of. Putting a communal structure in place will also depend on growth in terms of production and the market. Besides the Italian market, we are definitely aiming to export Dorì to Russia and Asia, where our first tests yielded some very positive results.

We believe that in two years we will be able to spread awareness of Dorì on a large scale, thanks to our product’s specific characteristics: deep yellow colour, early ripening and, above all, taste that is unmatched.