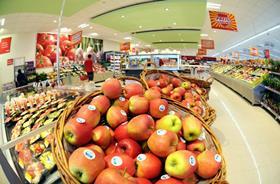 Janssen PMP has announced a collaboration agreement with French company Lipofabrik SAS, specialising in the production, purification, formulation and marketing of lipopeptides.

The group will develop products containing Mycosubtilin, a patented lipopeptide from Lipofabrik SAS, to preserve fresh produce quality in the global market.

Lipopeptides are molecules consisting of a lipid connected to a peptide. Some bacteria, such as Bacillus, produce a large set of structurally different lipopeptides as a part of their metabolism.

The three main families of cyclic lipopeptides – Surfactins, Iturins and Fengycins – are produced by the bacteria Bacillus subtilis.

It has been proven that lipopeptides in general and Mycosubtilin (Iturin family) in particular, are involved in Induced Systemic Resistance (ISR) and immune defence mechanisms against different aggressions.

According to the company, preliminary trials have showed a 'very strong activity' of the natural compound allowing for extension of shelf-life of harvested produce.

“Signing this agreement is the beginning of a major strategic collaboration between our respective companies which will benefit the whole fruit industry” said Joan Jørgensen, general manager of Janssen PMP. “The market is demanding efficient, natural solutions that can prevent the degradation and extend the shelf life of fruit.”

“Lipofabrik will benefit from this close collaboration with Janssen PMP on technical, regulatory and commercial aspects” noted Arnaud Delecroix, CEO of Lipofabrik SAS. “This agreement will contribute to bringing Lipofabrik to a next level in terms of business development.”