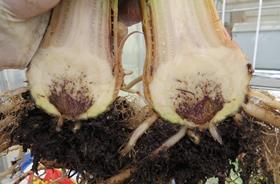 'We are very pleased that we can exploit all of the DNA technology, bioinformatics power and expertise in marker development at KeyGene to contribute to the development of resistant varieties of a crop that is so enormously important for food and income in Africa,' said Anker Sørensen, vice-president of new business and coordinator banana research at KeyGene.

'The Laboratory of Phytopathology at WUR has a great track record in identifying and studying effectors,' added Gert Kema, professor in tropical phytopathology at WUR. 'We are proud to now use our expertise and our research power to support banana breeding in Africa.'