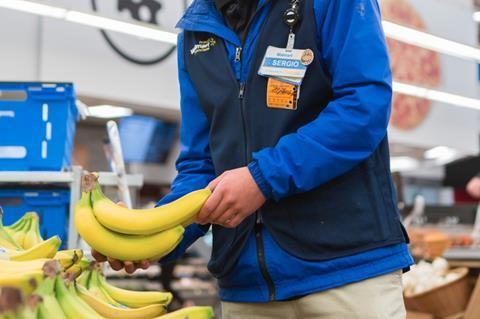 US retail giant Walmart is facing a potential two billion-dollar lawsuit amid accusations that it broke rules on intellectual property when it developed a produce freshness extension project called Eden.

Unveiled in March 2018, Eden has been touted by the group as “the cornerstone” of its attempts to improve fresh produce quality and eliminate US$2bn in waste by 2023.

However, according to Californian technology developer Zest Labs and its parent company Ecoark Holdings, the retailer violated state and federal laws governing trade secrets by using information about the company’s own freshness monitoring solution Zest Fresh to develop its own system, having allegedly gleaned that information from meetings with Zest Labs in 2015.

“This concern led to the action we have taken today,” commented Zest Labs chief executive Peter Mehring, “which was to file a lawsuit with the federal district court in Arkansas claiming that Walmart has violated the Arkansas Trade Secrets Act and the federal Defend Trade Secrets Act. In addition, we are also filing claims for unfair competition, unjust enrichment, breach of the covenant of good faith and fair dealing, conversion and fraud.”

Introducing Eden earlier this year, Walmart said its increasingly busy customers wanted more reassurance that the products they bought were the freshest possible.

“We think our new intelligent food system called Eden can help,” commented the group’s vice-president for supply chain technology Parvez Musani at the time, noting that the system had already been introduced at 43 distribution centres and had prevented US$86m in waste from occurring. “Developed in just six months by our own associates, it is improving the quality and flow of fresh groceries from farm to shelf.”

The idea for Eden is said to have originated during a so-called hackathon in which members of the group’s fresh merchandising departments competed to develop new ways of tracking freshness in the supply chain.

Musani and his colleague Josh Bohling, a senior designer of working on associate experience, subsequently filed two patents relating to the winning proposal, which is understood to have involved building a digital library of food standards.

“[The winning team] gathered the many chapters of food product specifications set by the USDA, layered on Walmart’s own rigorous product standards, and combined all of this information with more than a million photos to create a freshness algorithm that prioritises the flow of perishable goods worldwide,” he explained.

According to Mehring, staff at Zest Labs were “surprised and concerned” by the similarities they saw in Eden’s description. “Like most innovative companies, we believe strongly in the need to protect our intellectual property, recognising the importance of preserving the value for our shareholders and customers.”

He commented: “Starting in 2015, Zest Labs engaged with Walmart to demonstrate the value of Zest Fresh to reduce waste and improve delivered shelf-life consistency. During this time, Zest Labs’ proprietary information and trade secrets were shared with Walmart, including members of Walmart’s executive leadership team.”

Having laid down a challenge to the retail business on the issue of food waste in the supply chain by identifying its primary contributing factors, the company then apparently worked to define and implement a breakthrough, proactive approach to managing fresh food from the farm to the shelf and bringing down the volume of wasted product.

“We believe strongly in the need to protect our intellectual property, recognising the importance of preserving the value to our shareholders and customers,” Mehring added. “We are asking the court for over US$2 billion in damages, based in part on Walmart’s claim in their March 1, 2018 announcement that Eden will provide that measure of benefit to Walmart over the next five years.”