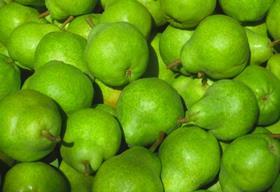 According to a report in Diario Rio Negro, production of apples in the Río Negro Valley and Neuquén regions will be down by around 25 per cent compared to 2018/19 due to late frosts and recent hail storms, putting the export crop at 510,000 tonnes. The pear crop is pegged at 590.000 tonnes.

Ariel Sabbag, managing director of Río Negro-based Emelka, told Fruitnet that the company expected a normal season quality and volume-wise. “We expect slightly fewer apples and pears in some places in the valley like Chañar, but for the main part things look ok,” he said.

The market outlook for pears is positive, with most markets relatively clear for the arrival of the new season crop, prompting hopes of better prices than last year.

Shippers hope that the improvement in the Brazilian economy will also positively impact exports this season.

According to the Minister of Production of Río Negro, Carlos Banacloy, international pear prices “are generally stable, having barely registered a slight decline in recent years”.

Argentina exported around 330,000 tonnes of pears last season, with a value of US$270m, representing a slight fall on the previous season.

The main destinations were Brazil, with a 32 per cent share of exports, Russia (27 per cent) and Europe (14 per cent).

Exporters hope to make inroads in new markets this season, particularly China, where domestic production has declined and US imports have been affected by the China-US trade war.

“China and India are the big challenge for Argentina, but we have a lot to learn in terms of supplying these markets,” Sabbag said.