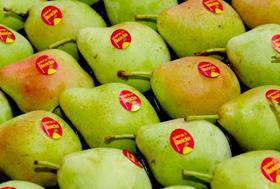 The 2021 Catalan apple harvest is expected to weigh in at 273,000 tonnes, an increase of 16 per cent on last year, according to the latest estimates released by Afrucat. Pear production is set to decrease by 14 per cent to 118,000 tonnes.

Together, Afrucat’s members account for 65 per cent of Spanish apple production and 50 per cent of the country’s pear output.

With regard to pears, the 118,000-tonne forecast is around 17 per cent below the region’s productive potential.

“The decline in pear production this year, caused by the frosts of last March that have wreaked havoc throughout Europe, will mean a drop in Conference pear production of up to 30 per cent for some northern countries and, for others from central Europe, a drop of up to 50 per cent,” Simón said.

Against this background, Afrucat is predicted a fluid European pear market with improved prices.