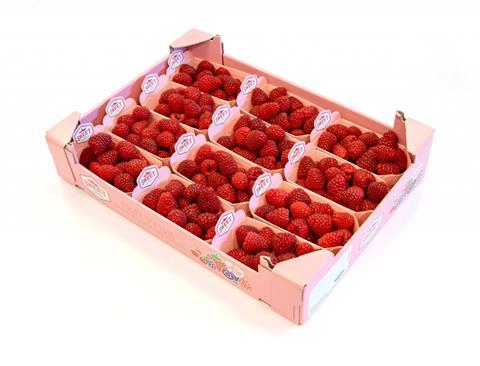 Dutch fresh produce company The Greenery says its partnership with US soft fruit breeder Plant Sciences is bearing fruit with the commercial launch of a new raspberry called Nobility.

The Greenery signed its partnership with California-based Plant Sciences at the start of 2019, giving it exclusive access to a range of new varieties designed to stand out from the crowd in terms of taste.

'In addition to taste and shelf-life, the range of varieties also focuses on ease of picking and supply pattern in order to provide a good return for growers,' The Greenery said in a statement.

Nobility itself has apparently been tested extensively in recent years and is now commercially available under the premium label Sweet & Sunny.

The raspberries are grown by four growers at The Greenery and available from September to October.