Nufri gears up for start of 2022 apple harvest

Spain’s Nufri Group is on course to produce 70,000 tonnes of apples this season according to the company’s director of production and trade, Ignasi Argilés. 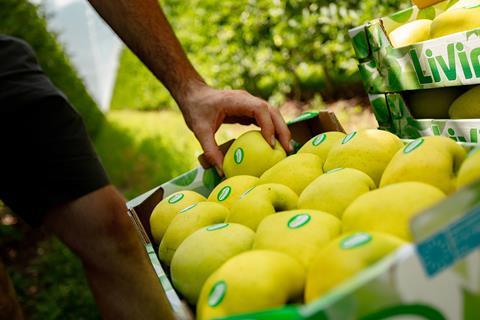 Just a few days before the start of the new harvest, Argilés said the company’s farm in La Rasa, Soria is expected to reach full production this year with 35,000 tonnes, compensating for the dramatic shortfall in the Lleida crop.

Production in Lleida is down by around 45 per cent following this year’s unusually cold spring.

Argilés pointed out that there will be an increase in the added value of this year’s crop due to the fact that club apples such as Envy, Evelina and Sweetango make up 30 per cent of La Rasa’s production, while the company’s farm in Castelldans will harvest its first organic Opal apples.

Argilés appealed to retailers to guarantee the income and livelihood of farmers with prices that reflect the steep rise in production and logistics costs, due to high energy and transport prices.

Nufri recently won the 2021 CEOE Castilla & León award, given to local companies demonstrating commitment and dedication to the sector they are active in, for its farm in La Rasa.

The farm, which was set up 14 years ago, is one of the most hi-tech apple plantations in Europe, employing 300 full-time people, rising to 800 during pruning and harvesting periods.