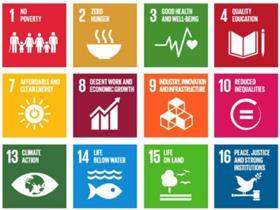 A report from the UN’s Food & Agriculture Organisation and the Organisation for Economic Cooperation and Development (OECD) has warned governments of the urgent need to step up efforts to meet global food security and environmental targets.

The warning comes as less than ten years remain until the 2030 deadline for achieving the UN Sustainable Development Goals (SDGs), an effort made more difficult by the recent Covid-19 crisis.

According to the report, the OECD-FAO Agricultural Outlook 2021-2030, ensuring food security and healthy diets for a growing global population will remain a challenge over the next decade, with global demand for agricultural commodities set to grow at 1.2 per cent per year.

“Productivity improvements will be key to feeding a growing global population - projected to reach 8.5bn by 2030 - sustainably,” the report states.

Trade will continue to be critical for global food security, nutrition, farm incomes and tackling rural poverty, the report goes on.

“On average across the world, around 20 per cent of what is consumed domestically is imported,” it states. “Looking ahead to 2030, imports are projected to account for 64 per cent of total domestic consumption in the Near East and North Africa region, while Latin America and the Caribbean region is expected to export more than a third of its total agricultural production.”

Globally, aggregate food availability is projected to grow by 4 per cent over the next decade, but the report identifies major inequalities.

“In high-income countries, per capita food availability is not foreseen to expand significantly from its already high levels. However, income growth and changing consumer preferences will support the shift away from staples and sweeteners to higher-value foods, including fruits and vegetables and, to a lesser extent, animal products,' the report stated. “In low-income countries, food availability is projected to increase by 3.7 per cent, mainly consisting of staples and sweeteners. Economic constraints will limit increasing consumption of animal products, fruits and vegetables.”

Global greenhouse gas emissions from agriculture are anticipated to rise by 4 per cent in the coming decade, mostly due to expanding livestock production.

“We have a unique opportunity to set the agri-food sector on a path of sustainability, efficiency and resilience,” OECD Secretary-General Mathias Cormann and FAO Director-General Qu Dongyu said in the Foreword to the Outlook. “Without additional efforts, the Zero Hunger goal will be missed and greenhouse gas emissions from agriculture will increase further. An agri-food systems transformation is urgently needed.”