The Prognosfruit conference, Europe’s leading annual event for the apple and pear sector, returns as an in-person event in Belgrade, Serbia, on 3-5 August. 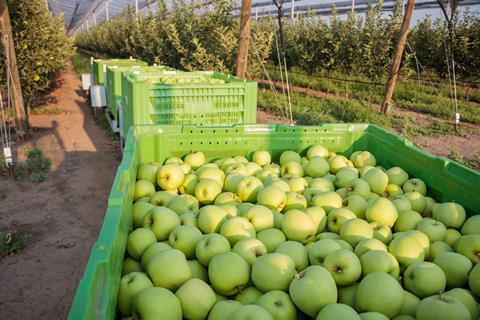 Registrations for Prognosfruit 2022, organised by WAPA in cooperation with Serbia Does Apples, are now open on the Prognosfruit website.

Since 1976, Prognosfruit has released the annual apple and pear production forecast for the upcoming season. This year, the three-day event will see representatives of the sector gather to discuss the Northern Hemisphere situation as well as global perspectives for apples and pears.

The event will begin with a sightseeing tour of the city of Belgrade, followed by the welcome reception, which will take place at Belgrade’s Royal Palace

The Prognosfruit 2022 Conference will take place on 4 August at the Hyatt Regency Belgrade.

In the morning session, the European apple and pear forecast for the upcoming season will be revealed and complemented by an analysis of the market situation in the US and China and a panel discussion with the major EU producers.

The afternoon session will focus on the global perspectives for apples and pears, with an analysis of rising costs and logistical hurdles and an analysis of the sector in the EU neighbourhood.

This will be followed by a Gala Dinner at the Kalemegdanska terasa on the evening of 4 August, and the event will conclude on 5 August with a technical visit to the apple orchard of Atos Fructum, on the southern slope of Fruška Gora.