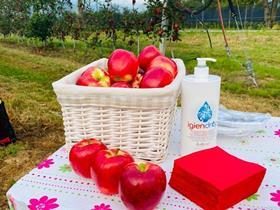 'A trio of apples that will cover the whole year and will bring a guaranteed product to the shelves, ripened on the vine, harvested at the right time, absolutely good,” Rivoira added.