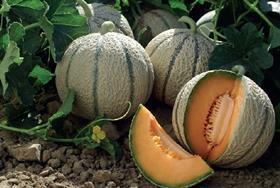 The research centre was opened in the presence of Masato Kitera, Japan’s ambassador to France, Hiroshi Sakata, president of Sakata Seed Corporation, and Alain Sicard, chairman of European Sakata Holding.

The 1,300m2 facility, requiring an investment of €2.8m, is split into offices and laboratories, focusing on vegetable breeding, cellular biology, vegetable pathology and molecular biology. The centre also features 14ha of glasshouses and 6ha of fields.

Research undertaken at Uchaud includes flavour and disease resistance, predominantly concerning Charentais melons, tomatoes and peppers. New varieties are selected in the laboratory, greenhouse and open fields, both at Sakata’s site and in partnership with farmers.

“Farmers prefer to work with disease-resistant vegetable varieties because they can then reduce the quantities of chemical treatments they use, or even adopt an integrated farming approach,” the company stated in a press release. “They are also interested in varieties capable of adapting to climate change. Seeds that meet both these criteria, because they are resistant to disease and able to adapt to the climate, produce more plentiful harvests.”

Examples of items developed by Sakata include the Melixis Charentais melon, the Mini Star cherry tomato, the Sweetbell turnip and most broccoli grown throughout the world.

According to Sakata, the centre also contributes to programmes in other countries, on broccoli, cauliflowers, spinach, cabbages, courgettes and Bimi.