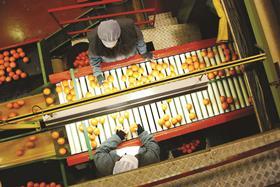 Some 96 per cent of Spain's fresh fruit and vegetables exports were sent to the EU, Norway and Switzerland during the first eight months of the year, according to data from the General Customs Directorate.

In value terms, these exports came to just over €9.7bn, representing growth of 9 per cent compared to the same period of 2019.

Switzerland and Norway both showed identical growth of 29 per cent in value, reaching €248m for the former and €91.5m for the latter.

'The figures show, once again, that Europe is the basis for the growth of Spanish fruit and vegetable exports and the difficulty of opening new markets in third countries and maintaining them,' Fepex outlined.