Sustainability a major driver at Chiquita 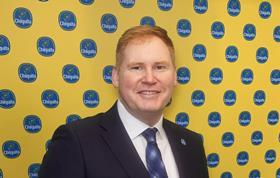 Would you say that sustainability is gradually becoming mandatory in the fresh produce business?

Peter Stedman: I do think we’ve reached the point where sustainability is adding value to business. Hopefully we’re coming out of the broom cupboards and starting to be an integral part of many food businesses, in particular, because of the direct cause and effect relationship between the environment and society and production, in the produce sector.

You were in Honduras just recently, which was hit by two hurricanes in 2020. Do fresh produce companies have a responsibility to do all they can to reduce the impact of climate change?

PS: Yes, and it’s an all hands on deck approach. To me, the first thing we must ask is, what are the laws that are in place, both nationally and internationally, to help reduce the impact of climate change? And then, as a business, what can we do to work within those laws? It’s the government’s role to protect and a business’s role to respect what’s in place, so it’s really a give and take.

When you see the devastation that hurricanes Eta and Iota wrought, even 15 months on, we’re still facing challenges. I was on one of our farms in Honduras recently, and there is still over 200ha of land that hasn’t been replanted. Across Honduras and Guatemala, 3,600ha were affected, about 1,800ha wiped out. Replanting poses quite an intricate operation and banana farming requires enough preparation and management to realise a gradual and proper production.

I don’t think there’s anything we can do to fix extreme weather events, but what can we do? We can build resilience, both ourselves and within communities. We can also be prepared through land husbandry, and we’ve increased the size of primary drains and are reforesting areas next to rivers to give extra protection.

Additionally, we can rise to the occasion when devastation does strike. Since the hurricanes hit Honduras, Chiquita has been committed to providing critical support to its employees and farming communities. Working closely with government officials and nonprofit organizations, Chiquita helped to coordinate the delivery of thousands of bags of non-perishable food, bottled water, and hygiene products, as well as a regional fundraiser, which resulted in more than US$10,000 going directly to relief efforts. Chiquita’s continued presence in the area has helped over 3,000 families receive critical aid.

Last year, Chiquita announced its “30BY30” sustainability program, a major program aiming to reduce carbon emissions across brand operations by 30 per cent by the end of 2030. After a thorough review process, the Science Based Target Initiative (SBTi) approved our “30BY30” sustainability programme and aggressive climate target goals, making Chiquita the first global fruit company to be recognised by SBTi. The SBTi organisation defines best practices in a science-based targeting setting and is responsible for validating and measuring the brand’s progress according to a set of strict criteria.

We’ve been farming in Central America for over 120 years and have witnessed the effects of climate change first-hand. Global warming brings increased rainfall, hurricanes and flooding, which negatively impact the livelihoods of our employees, their families and the communities where they live, as well as inhibiting consistent product availability for our customers and consumers. We hope that by working with SBTi, we can continue to lead the way toward a more sustainable future in the produce industry.

This carbon initiative is just one part of Chiquita’s overall approach to tackling climate change, which sits within the three focus areas of Chiquita’s Behind the Blue Sticker approach to sustainability. Through the brand’s Farmers’ Code programme and with systematic farm rejuvenation and re-engineering, Chiquita is making all operations as carbon-efficient as possible. With the Being a Good Neighbour programme, Chiquita invests in the social infrastructure of communities, undertakes reforestation and protects biodiversity through community projects. The Nogal Wildlife corridor in Costa Rica and the San San Pond Sak wetlands project in Panama are two longstanding examples of Chiquita’s efforts. As part of the For the Greater Good programme, the company hopes that its “30BY30” will inspire others in the industry to follow with their own science-based carbon reduction targets.

Chiquita is offering a carbon-neutral banana, which relies partly on offsetting. Is there a danger in relying too much on offsetting?

PS: There can be. However, relevant offsetting can be a valuable tool, which is why we're looking to try and further develop this with communities around Chiquita farms and to expand our approach to it.

I've read about the work that Chiquita does in the communities it works in. Is that an important part of Chiquita’s role, especially in terms of sustainable wages?

PS: This is one of the core pledges behind Chiquita’s blue sticker, which stands for quality, values, fun and sustainability. Being a good neighbour is considered vital. We're embedded in our communities, we understand them and the agenda of the local and national governments.

It is important to work out how to achieve sustainability from a community perspective and dignified living wages are an absolute part of that conversation, as they are a human right. Chiquita started monitoring living wages back in 2002, as we introduced SA8000 into all of our farms. We've been reporting on it since that time and it's been monitored increasingly since 2016/17 by the Global Living Wage Coalition.

What about TR4? Are there real fears about the overall sustainability of the Cavendish?

PS: The business has evolved through different forms of wilt in the past, so ultimately there will potentially be evolution. But there are three things we can do at the moment: bio-security on our farms and protecting them as much as possible; funding research; and contributing to the broader initiatives that seek to potentially increase genetic diversity.

Chiquita is currently reinforcing preventive measures to protect its farms. These will involve more stringent operating and logistics protocols, in addition to significant investments in farm border protection. We will be working closely with all elements and third-party participants in our supply chain from farm to shelf.

Chiquita can assure consumers that its top-quality bananas will continue to be available on store shelves. The company will also continue to work towards a sustainable long-term solution with the relevant government and industry bodies, including the United Nations Food and Agriculture Organisation (FAO), through participation in the World Banana Forum and other private research organisations.