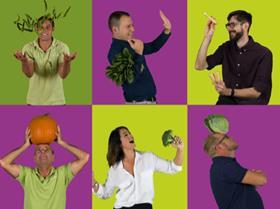 Tozer Ibérica, the Spanish subsidiary of UK seed company Tozer Seeds, has launched its first marketing campaign in Spain as it seeks to raise its profile within the country’s produce sector.

“Although we have been operating in Spain since 2010, we know that there are still many professionals who do not know us,” said the company’s commercial technician Carlos Grajeda.

“We want to show Spanish producers to how we can work together to optimise their vegetable production by offering them added value with new varieties while minimising their risk.”

Ongoing investment in R&D and a commitment to the environment, reflected in the company’s policy of perfecting plant varieties without genetic modification, are the hallmarks of Tozer Ibérica, Grajeda said.

“We have chosen the slogan‘ Naturally innovative’ for the new campaign because it expresses our philosophy very well both as a company and individually.

“We want to continue backing varieties, but always with respect for our environment and support for our customers. You can be innovative in a natural way and at Tozer Ibérica we strive to demonstrate it every day,” Grajeda added.

The campaign will include strategic alliances, direct marketing and online actions on LinkedIn and Twitter.

Based in the Murcian town of Fuente álamo, Tozer Ibérica has grown steadily since its establishment ten years ago and today employs a team of 12 people. It specialises in vegetables like celery, leeks, chard, spinach, cabbage, kale, tomato, pak choi, pumpkin, rocket and Kalettes, the latter being a finalist in the 2013 FLIA awards.