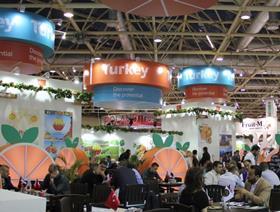 Hopes are high in Turkey for the return of the country’s fresh produce to the Russian market following an apology from Turkish president Recep Erdogan, which sparked steps to normalise relations between Moscow and Ankara, including the lifting of a tourism ban by Russia.

Imports from Turkey, which were halted by Russia last November after the Turkish military’s downing of a Russian jet near the Syrian border, may return to Russia within weeks, according to a report in Russia Today (RT).

Russian retailers reportedly hope to resume supplies quickly and are preparing to renew deals that were suspended with the introduction of sanctions against Turkey.

Oleg Ponomarev, co-owner of one retailer, told RT that, although the shelves were currently stocked with Russian-grown fruit and vegetables, shortages were likely in the autumn, when Turkish imports could fill the gaps.

Prior to sanctions, Russian retailers received Turkish apricots, peaches, plums and grapes during the summer, while tomatoes, cucumbers and citrus were imported in the winter.