UK pineapples 'come at a cost' 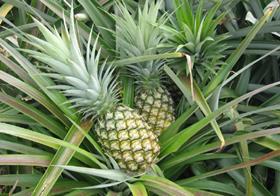 Independent global campaigning body Consumers International (CI) has said that it is launching a new campaign to highlight what it describes as the 'unacceptable damage' being done to those living and working on plantations in Costa Rica, as a result of the cuts in pineapple prices in UK supermarkets.

The CI campaign kicks-off with the launch of an investigative documentary (see below) made for the global consumer body by Guardian Films, the film and documentary unit of the Guardian and Observer newspapers in the UK, with the Guardian claiming that it found a 'catalogue of environmental and social damage' caused by intensive tropical fruit production in Costa Rica.

Released by CI and its member organisations in Belgium, Denmark, France, Greece, Poland, Spain and the UK, the documentary, entitled 'Pineapples: a luxury fruit, at what price?', is said to detail evidence of 'the failure of EU supermarket chains to take their responsibilities seriously'.

Consumers International reported that its own research showed conditions in Costa Rica's tropical fruit industry were 'unacceptable', accusing supermarkets of complicity despite their public commitments to source food responsibly.

'Their positive intentions are being undermined by retail price cuts and aggressive procurement practices that lead to cuts in wages and insufficient resources to improve working practices,' Catherine Nicholson, CI's programme coordinator, told the Guardian. 'Consumers want low prices but not at the cost of fair living conditions for producers.'

Del Monte told the publication that it had strict controls on chemicals to minimise accidents, and explained that the government was monitoring the drinking water situation and that all its workers were free to join unions.

Grupo Acon told the Guardian that it had strict protocols to deal with accidents; Dole declined to comment on conditions at its supplier; Fyffes told the newspaper that it checked in audits and was satisfied that it suppliers had an open attitude towards unions and did not discriminate against union members; and Asda said that it had reiterated to suppliers the high ethical standards expected of them.

Tesco explained that it was actively involved in improving standards, and told the Guardian that it had brokered an agreement to invite independent labour experts to review practices, a project that was already underway.

Pineapples: a luxury fruit, at what price?