Agricultural leaders, exporter associations and fruit experts from the Cape province of South Africa have met to urgently discuss the effect of the Russia-Ukraine war on the regional economy. 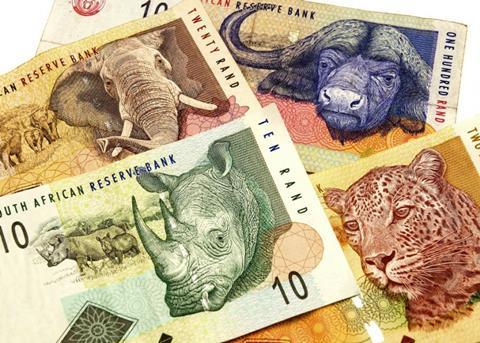 Aside from huge losses in terms of exports to Russia, there is concern that the disruption of imports of wheat, meslin, cereal, barley, maize, and oats from Ukraine will further increase cost inflation in areas of high unemployment.

It is estimated that the conflict has so far cost South Africa around R77m – a figure which has previously been confirmed in a report tabled in the South African parliament.

According to media reports, Western MEC for agriculture, Ivan Meyer, told the export industries that the impact of the war also included a steep rise in fuel prices which has seen input costs rising to record levels.

The fruit export industry has been severely affected with export volumes of citrus, apples and pears dropping considerably.

Meyer pointed out that the scanning of containers to prevent weapons and explosives entering Russia had increased the transit time to St Petersburg from 23 days to 90 days.

Moscow’s suspension from the Swift payment system is also delaying payments for fruit that has been exported.

Meyer is reported as predicting that the fuel price, now around R23 per litre, may soon rise to R40 per litre. A rise of more than 100 per cent in fertiliser prices has been reported.

Efforts to improve efficiencies at the port of Cape Town are also affected, because vital equipment needed to stabilise vessels has been stuck in the Netherlands due to the crisis.

Hortgro’s Jacques du Preez is reported as saying that although fruit is still reaching Russia, much of the export window has been missed because of the war.

“Shipping and logistical costs have skyrocketed,” he said. ”Packaging, plant protection products, electricity, basically all input cost, are up dramatically.

“On the other hand,” he said, “the prices received for fruit have not increased. This is a major concern for the long-term sustainability of the industry.”

As if this is not enough, the citrus industry is now facing a massive threat to maintaining its current level of access to its oldest marketing region, the European Union.

Since its statement last week criticising the new regulations pertaining to oranges exported from Africa to the EU, South African citrus leaders have withdrawn behind closed doors.

“The CGA has decided not to say anything further right now,” said spokesperson Nicole Merkin.

Eurofruit has learned that the special South African envoy to the EU, Deon Joubert, arrived in Brussels over the weekend where it was hoped that a deal could be struck to delay the implementation of the regulations.

Justin Chadwick, CEO of the CGA, announced on Friday that the industry and the South African government would appeal the EU decision.

It is also understood that the EU decided to proceed despite last minute interventions by trade associations in various EU countries to try and modify the regulations.

Justin Chadwick called the adoption of the new measures a victory for politics over science, driven by Spain.