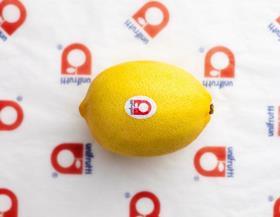 Unifrutti Italia expects to triple its imports of counterseasonal lemons with edible peel this summer and introduce imported Navel and Valencia oranges with an edible peel from South Africa.

The company said the increase reflected different consumption patterns due to the pandemic, in particular the rise in home cooking, which had accelerated the trend towards greater segmentation of consumer demand within the citrus category.

'Thanks to the group's various production areas located in different climatic regions, we are aiming for a careful selection in order to be able to distribute large volumes of lemons with edible peel 365 days a year,” said Gianluca Defendini, CEO of Unifrutti Italia.

“During the winter season, Italian demand is satisfied with Sicilian Made in Italy lemons, including the prized Femminello di Siracusa IGP lemon.

“During the upcoming summer season, Unifrutti expects to triple imports of Eureka lemons with wax-free and chem-free peel, coming both from our 300ha in Argentina and from the South Africa division of the group, which is recognised as a centre of production excellence for the whole citrus sector.”

Fruit and vegetable consumers are not all the same and, as such, demand an equally diversified product: alongside those interested in convenience and price, there is also an increasingly large section of the market that is strongly linked to local produce and where products were sourced from, while others consider sustainable products to be a priority, the company said.

“Particularly in the case of counter-seasonal lemons, the edibility of the peel is a very important added value, of which more and more consumers are becoming aware and which meets particularly strict quality standards in Italy,” it continued.

“The possibility of offering a post-harvest treatment that is compatible with the needs of a public that is more attentive to sustainability and completely edible products, even in overseas production, is an important plus that goes hand in hand with Unifrutti Group's philosophy: the constant raising of quality standards on all products, throughout the year, to guarantee continuity for all types of consumer.”

Unifrutti also announced that it would raise the quality standard for its imported counterseasonal oranges from this season. This will include the arrival of Navel and Valencia oranges with edible peel from South Africa, with the aim of expanding this segment on an ongoing basis.

“This is an excellent operation, with volumes that are still limited for the group, but which perfectly represents our values and long-term strategy, centred on addressing a global consumer without the need to standardise the product, but rather enhancing its differentiation,” Unifrutti said.

“The aim is to provide the most flexible offer possible, which is capable of meeting all changes in the market in different countries, the evolution of habits and the ever-increasing sensitivity to health issues.”