US fruit and veg consumption slides 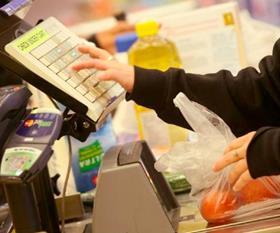 US fruit and vegetable consumption continues to fall in spite of decades and public health campaigns, according to a new report from the Produce for Better Health Foundation (PBH).

State of the Plate: America’s Fruit and Vegetable Consumption Trends, shows that consumption has fallen by almost 10 per cent since 2004, when the first report was published.

The most significant contributors to this decline have been a 16 per cent decrease in vegetable consumption frequency, followed by a 15 per cent reduction in juice intake. In the past five years alone, overall consumption has declined by 3 per cent, indicating the trend is worsening every year.

Every five years, PBH conducts an in-depth analysis of fruit and vegetable consumption patterns in partnership with The NPD Group, which tracks how, when and where consumers eat fruits and vegetables.

“It is no exaggeration that we are in the midst of a fruit and vegetable consumption crisis in our country. Further, this under-consumption is not only pervasive among all age groups but it is also persistent,” said Wendy Reinhardt Kapsak, president and CEO of PBH.

The research report shows most Americans currently eat fruit and vegetables on just one occasion or less each day, which, according to Kapsak, does not bode well for the future or the health and happiness of Americans.

“We were already long falling behind in our consumption goals, but much of this new data is especially striking considering we are also in the midst of a worsening obesity epidemic as well as a global pandemic in which consuming foods that support our immune system like fruits and vegetables is even more critical,” she said.

“Research continues to show that eating more fruits and vegetables is the single most important action people can take for better health and happiness.

“Yet, we're clearly failing Americans in making this action easy and enjoyable, given the continued decline in consumption. The time is now to rethink and reimagine how we improve fruit and vegetable consumption in America.”

A new era of conscious consumption

To mark 2021 being the International Year of Fruits and Vegetables, PBH has declared the next five years as ‘A New Era of Conscious Consumption,’ in order to try and kick start healthier consumption habits.

The initiative seeks to convert consciously eating more fruit and vegetables into an unconscious or automatic behaviour and, ultimately, a healthy habit.

“Our choices have rippling effects, not just on our own health and emotional well-being, but also on our families, communities and the environment,” Kapsak said.

“We know conscious consumption makes us and our world better, but we must simplify this call to action to realistically work within Americans' lifestyles, across all ages and stages of life, socioeconomic levels and cultural backgrounds.”