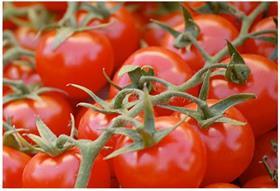 UK supermarket chain Waitrose has announced that it is selling mixed packs of tomatoes that have either naturally fallen from the vine or are misshapen, as it looks at ways to reduce waste at its stores, The Guardian has reported.

Such tomatoes would not usually be put on sale, but criticism from campaigners has forced retailers to act. Waitrose has previously had success selling misshapen strawberries and plums, as well as weather-blemished apples, at a discount.

Waitrose tomato buyer Peter Cooke commented: 'When it comes to tomatoes, there's absolutely no reason why beauty has to be skin deep. Every one of our mixed selection packs is different, which for me is the real beauty of using tomatoes that wouldn't normally be offered in this way to customers.'

According to Waitrose, tomatoes are, along with avocados, one of the leading causes of waste in the fruit and vegetables category.

The retailer's 'Limited Selection' tomatoes will reportedly be available in 77 Waitrose outlets in the UK, priced at £2.99 for 1kg. The first pack includes a mixture of round, cherry and baby plum varieties, but each will vary depending on seasonal availability, Waitrose stated.