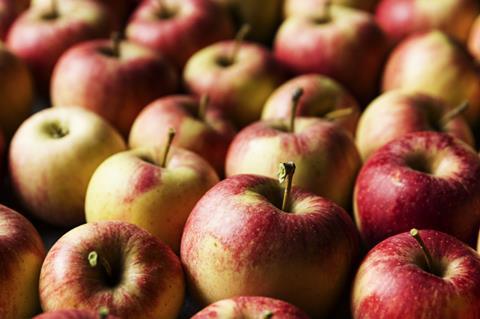 The World Apple and Pear Association (Wapa) has started to revise the European apple crop forecast for the upcoming season, which was initially released in early August during Prognosfruit in Serbia.

According to the association, the original estimates have been revised downwards due to the intense weather conditions in August that affected the colouring and size of part of the crop.

Quality issues as a result of these conditions would also impact the percentage of the crop destined for processing.

Wapa said that the development of the lower-than-expected crop would also be influenced by “skyrocketing” electricity prices, which could prevent growers from picking a part of their crop due to unaffordable storage costs and a shortage of seasonal workers.

The first indications from the orchards suggested that the European apple crop could be reduced to 12.08m tonnes, about 90,000 tonnes smaller than August’s forecast, with most countries except Poland and the Czech Republic revising their original estimates downwards – in particular France, Italy, and Spain.

In the US, the crop was revised downwards following the USApples annual event in Chicago, with the apple forecast now standing at 4.6m tonnes.

Wapa said that while compiling the forecast it had received feedback from its members on the crop challenges and implications for European growers for the season.

The shortage of seasonal workers is an issue that has persisted since the beginning of the coronavirus pandemic and has become even more relevant for those working with Ukrainian seasonal workers, such as in Poland.

An additional issue that had emerged, Wapa noted, was the surging price of electricity, which is driving up the cost of storage facilities to ”unsustainable levels” for growers.

”Several growers might be forced to refrain from picking a part of their crop to avoid the economic drawbacks caused by the storage costs and the expected return being lower than overall production costs,” Wapa said. ”These factors represent a huge concern for the final crop and the competitiveness of producers and therefore even threaten the business continuity of the sector.”

In addition to a limited return on investment for growers, another issue will be the size of the fresh apple and pear crop.

Intense weather conditions in August, including heatwaves and droughts in some regions, had negatively affected the size and colouring of a part of the crop, which would likely lead to a larger percentage of fruit being destined for processing, the association explained.

“Wapa will continue to monitor the developments of the season and will later on further adjust the forecast as the picking concludes for a season where the main priority is ensuring that the supply chain and the growers are able to recover the massive costs increases and preserve the continuity of supply and stimulate consumption,” Wapa added.