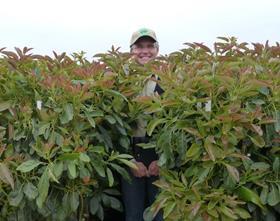 The group’s existing avocado rootstocks Latas (Merensky 1) and Dusa (Merensky 2), which were successfully developed and tested over two decades, have enjoyed 'increasing success' with the support of loyal licencees, specifically Brokaw Nurseries from Ventura, California, and its affiliates across the Spanish-speaking world.

'These rootstocks offer high root-rot tolerance and higher yields, with Dusa also offering some salinity tolerance,' the group explained. 'To date, Dusa has been the top seller among clonally propagated rootstocks worldwide.

'The launch is of great significance to the global avocado industry, making greater yields possible under a range of challenging growing conditions and allowing larger volumes of fruit to be produced and marketed across the globe, to meet growing consumer demand,' the group added.