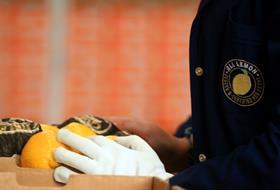 The US plant health authority has halted plans to lift its ban on Argentine lemons following direct intervention from the White House.

The US Department of Agriculture’s (USDA) Animal and Plant Health Inspection Service (APHIS) published its final rule on 20 December, paving the way for a resumption of imports of fresh lemons from northwest Argentina following a 16-year ban.

However, on 22 January APHIS announced that it had issued a stay for 60 days on its final rule “in accordance with guidance from the White House issued on 20 January, 2017, the day of President Donald Trump’s inauguration.

The move comes amid widespread opposition from Californian growers who claim the economic impact of lifting the ban and potential risk of infection from pests and disease show a “callous disregard” for domestic farmers.

However, APHIS said it had carried out a thorough review of Argentina’s citrus production and packing over a 10-year period and concluded that it posed no risk to US production.