Farmland that could grow 250,000 tonnes of vegetables a year is being lost to development, new research indicates. 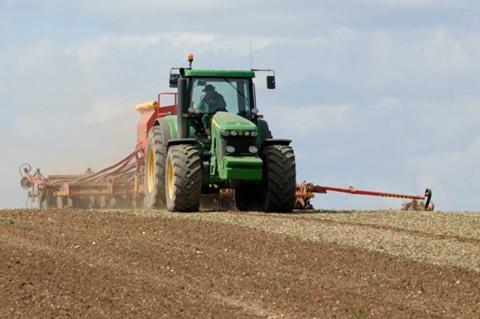 Farmland is being lost to development

Countryside charity CPRE has found that almost 14,500 hectares of the country’s best agricultural land, which could grow at least 250,000t of vegetables a year based on typical yields, has been permanently lost to development since 2010.

Two million fewer people can be fed their 5 A Day homegrown vegetables  as a result, the charity pointed out, at a time when food security concerns are on the rise.

CPRE’s investigation found that 300,000 homes have been built on prime farmland since 2010, with an extra 1,400ha used for renewable energy projects. The charity said that this is despite more than enough previously developed brownfield land waiting for regeneration.

There was an exponential rise in Best and Most Versatile (BMV) agricultural land set aside for housing and industry between 2010 and 2022, from 60ha to more than 6,000ha per year.

The increased risk of severe flooding caused by climate change will further challenge food security in future, CPRE said. More than 200,000ha, or 60 per cent, of England’s Grade 1 agricultural land is within areas at the highest risk of flooding, known as Flood Zone 3. The country’s most productive farmland is disproportionately close to river and coastal flood plains, with 75 per cent of BMV in the East Midlands and 95 per cent in the east of England at the highest risk of flooding.

CPRE is calling on the government to introduce a comprehensive, cross-departmental land-use strategy. It must provide a planning framework to balance the competing and often conflicting demands for farming, housing and energy on a finite amount of land, while also meeting legally binding net-zero targets, it said.

The National Planning Policy Framework, which is due to be updated next year, ”should prioritise a ‘brownfield-first’ approach to housebuilding, with a preference for medium- and higher-density units to help protect our most valuable agricultural land wherever possible.” There should be a firm presumption against development on BMV land, it added.

Crispin Truman, chief executive of CPRE, said: ”For the first time in several generations, our food security is at risk – yet we’ve seen a 100-fold increase in the loss of our best farmland to development since 2010. Heating, eating and housing are fundamental needs. A healthy environment, mitigating and adapting against the devastation threatened by the climate emergency, is the bedrock that underpins them all. We need to know what to put where. That’s why we need a land-use strategy.

”Maintaining agricultural land for domestic food production is critical. This must be achieved in the context of addressing and adapting to climate change, reversing the loss of nature and increasing demands on land for other purposes, not least housing and production of renewable energy.

”As we face a cost-of-living crisis, housing crisis and the adjustment of our farming sector to post-Brexit subsidies, we have multiple, critical priorities for our land. We need to move away from intensive farming practices and towards a more ‘multifunctional’ approach, reconciling food production with better management for natural and cultural heritage, and for public access. Policies which are put in place now will be crucial in the coming years to ensure the most efficient use of our land in the face of these challenges.”