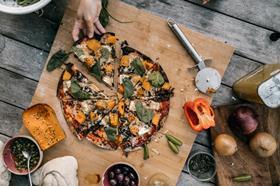 Afterone of the worst years for climate on record,data from sustainable search engine Ecosia has revealed that Brits are eating less meat or embracing plant-based diets for climate-related reasons.

Global food systems are estimated to be responsible for more than a third of greenhouse gas emissions, contributing to deforestation, biodiversity loss and polluting waterways. As a result, more people are taking actions into their own hands to limit future climate disasters.

With more than 600,000 people expected to take part in Veganuary this year, people are starting to permanently change their diet to help combat the climate crisis, with a further 32 per cent of respondents willing to make changes.

Sophie Dembinski, UK country manager at Ecosia, commented: “Whilst becoming a vegetarian or vegan won’t solve the climate crisis alone, reducing or eliminating meat from your diet can help contribute to a more sustainable food system and send a message to governments and food producers that there need to be systematic changes to the way we produce food if we are to reduce carbon emissions and limit global warming.”

Climate activism on your plate

The Censuswide survey of 2,000 people, commissioned by Ecosia, found that in the wake of recent extreme weather events, one in 10 people nationally now consider themselves to be climate activists. Changing their diet, or considering doing so, is one of the many ways people are taking the fight against the climate crisis into their own hands.

Overall, over one in five people are reducing the amount of meat they are consuming, with a further 10 per cent now pursuing a pescatarian, vegetarian or vegan diet.

More women than men are reducing meat from their diets or considering themselves vegan, while men are more likely to have a pescatarian diet.

Of the age groups surveyed, those aged 25-34 years old were more likely to say they had changed their diet for climate-related reasons (29 per cent), with this age group having the highest percentage of vegans (six per cent).

People aged 45-54 had the most respondents saying they had reduced their meat consumption because of climate change (13 per cent), compared to other age groups.

Those aged 55 and above were the least likely to change their diet because of the climate (15 per cent).

Newcastle ‘the most flexitarian city’

Newcastle is home to the highest proportion of people who have already reduced or eliminated meat from their diets (26 per cent), ahead of Manchester (25 per cent) and London (24 per cent).

Nearly 30 per cent of people living in Greater London said they had changed their diet because of climate-related reasons, ahead of the North East (27 per cent) and the North West (23 per cent).

Despite only 10 per cent of people in Belfast saying they had already changed their diet because of the climate, nearly two-thirds of respondents in the city (63 per cent) said they were willing to become a flexitarian, the highest percentage of any city in the UK.

Brits call on their governments to do mor

Despite these positive individual efforts, however, only 36 per cent of people think it’s the responsibility of everyday people to solve the problem.

Just under a third of people believe the UK and devolved governments are ultimately responsible for solving the climate crisis and only five per cent think it is doing so very sufficiently in the wake of COP26.

People in Edinburgh are most likely to put the responsibility on the government – at 59 per cent – which is the highest percentage of any city surveyed across the UK.

Nearly 30 per cent would then like the government to prioritise climate change over the economy (29 per cent versus 41 per cent).

Of those surveyed, 18 per cent believe that banning fossil fuels is the most effective way to tackle the climate crisis, followed by carbon reduction technology (16 per cent) and planting more trees (14 per cent).

When it comes to climate activism, 45 per cent want action taken against the most polluting fossil fuel companies, with research suggesting that just 100 companies (including the likes of Shell, BP, ExxonMobil) are responsible for 71 per cent of all carbon emissions.

Actions popular with Brits include a total ban on fossil fuel pollution, instead of weakening commitments to reduce them, and a drastic increase in tree planting.

Optimism across all age groups

Overall, people are hopeful that we will be successful in fighting the worst impacts of the climate crisis, with 67 per cent saying they were positive or somewhat positive.

This optimism was evenly spread across all age groups with 16-24-year-olds and 35-44-year-olds the most optimistic (70 per cent and 69 per cent respectively) compared to over-55s (66 per cent).

Ecosia is the not-for-profit search engine that uses advertising profits to plant trees across the world.