One small step for fresh produce… 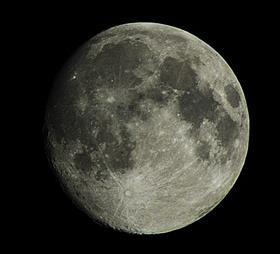 Nasa will attempt to grow turnips and basil on the moon by 2015 to better understand whether humans can survive there.

The US space agency will deposit the plants within the next two years. Seeds will be protected by containers and a trigger will release a small amount of water to initiate germination.

Cameras and sensors will record progress and relay information back to Earth.

Air in the sealed container is enough for more than five days of growth. The plants will be monitored for five to 10 days and compared to Earth-based controls.

Nasa believes the experiment will increase knowledge about plants as well as the chance for life on the Moon.

Nasa told physics website phys.org that sending plants is a first step in establishing a long-term presence for humans on the moon.

A Nasa spokesperson told the website: 'As seedlings, plants can be as sensitive as humans to environmental conditions, sometimes even more so. They carry genetic material that can be damaged by radiation as can that of humans. They can test the lunar environment for us acting as a 'canary in a coal mine.''